Clay created two projected films for the Unfinished Business exhibition at the British Library. The exhibition explores the fight for women’s rights from a UK perspective and covers a large variety of material arranged thematically across the body, mind and voice.

The introduction film plays an important role in positioning the exhibition from a social, political and emotional perspective, whilst an eight minute large-format film at the centre of the exhibition presents a wide range of voices in a variety of important contexts, and projection maps these onto bold placards, making a striking metaphoric statement.

We collaborated on the designs with the exhibition’s designers Plaid and lombaert studio for the graphics. We worked closely with British Library’s curatorial team on the content of both the films. Having been delayed by the global pandemic, the exhibition eventually opened in October 2020 to critical acclaim. 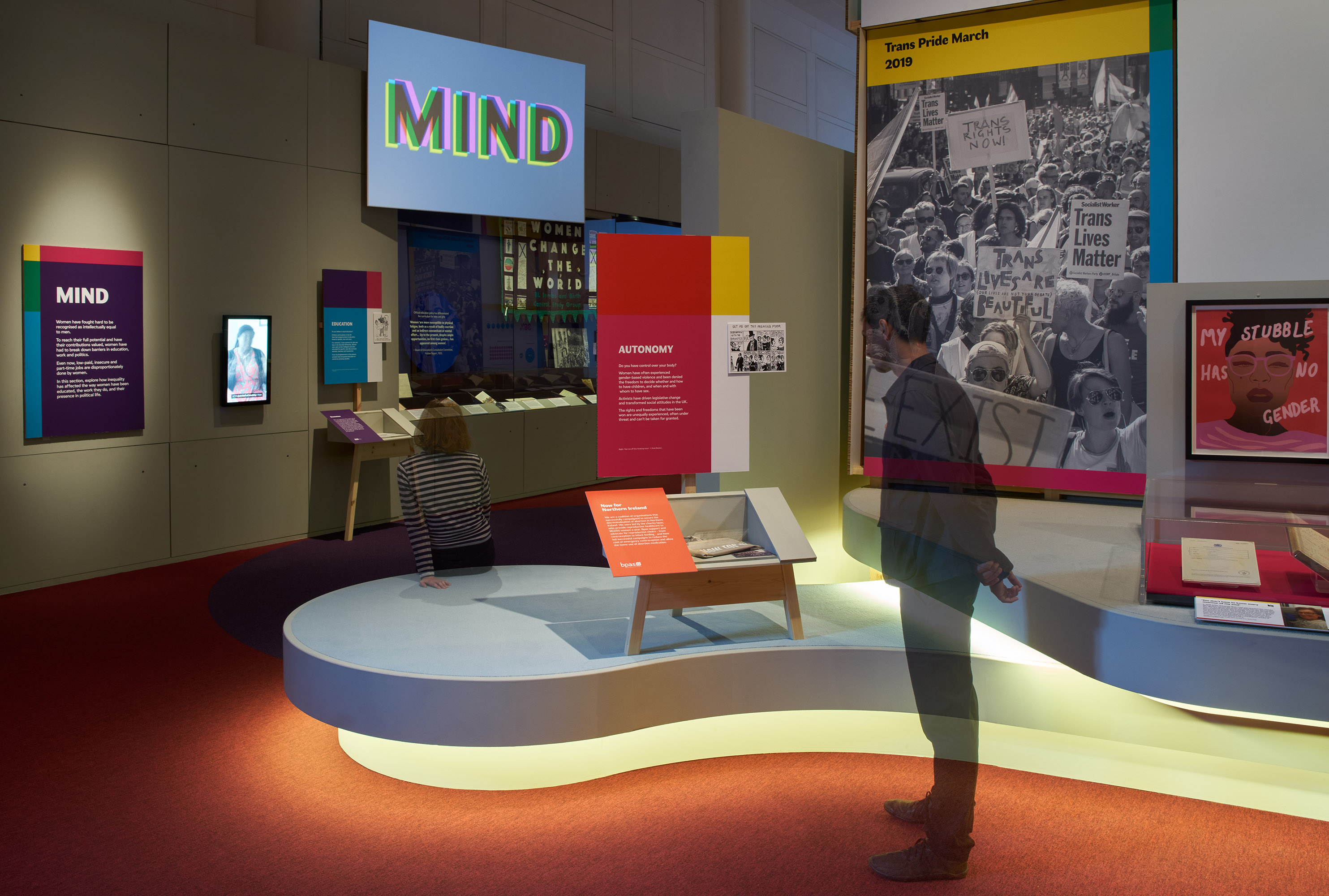